Are you also one of those people who think why a chimney is necessary for the kitchen? Apart from this, if you do not know the benefits of the chimney present in the kitchen, then you need to read this article today.

By the way, if we talk about the traditional kitchen, then it can probably be easily maintained without a chimney, but if you have a modular kitchen, then you will have to take care of the beauty of the kitchen and get relief from the problem of heat and smoke while cooking. For this, only a chimney can help.

So is chimney necessary in modular kitchen? Let us know about the benefits of having a chimney in the kitchen.

Before you know why chimney is necessary in kitchen, know what is chimney. and how it works.

If you understand the chimney in simple language, then it is an electric appliance that helps in taking out the smoke and oil pollutants from the kitchen. Generally, it is made for use in every modular kitchen and conventional kitchen.

Along with this, the chimney keeps the kitchen odor free by expelling the hot air and foul smell while cooking. A chimney is installed just above the cooking counter so that it can function optimally and exhaust the smoke.

Before you know whether a chimney is necessary for a modular kitchen, you should know how many types of chimneys are there. that you can use in the kitchen

There are four types of chimneys commonly used in the house, here you can see how many types of electric chimneys are there.

Built-in chimneys are considered helpful in saving space, they can be easily fitted into modular kitchen furniture. This other chimney is not visible from the outside in the modular kitchen.

6 reasons why a modular kitchen needs a chimney

The chimney is very useful in a modular or traditional kitchen, it provides you an important contribution to cooking, it releases heat, particles of spices, and smoke so that you do not have any problems while cooking. What are the benefits of a chimney in a kitchen?

The kitchen chimney pulls out the smoke generated while cooking with its suction power, keeping your kitchen smoke-free. If someone is allergic to the smoke produced by cooking, then he can easily cook using the chimney in the kitchen.

2. Protects kitchen tiles and furniture from getting dirty

3. Enhances the look of the kitchen

There are many things in a kitchen from which food is prepared and apart from this, a lot of spices and vegetables are used while cooking, due to which foul smell spreads in the kitchen. If you use a chimney, then the chimney keeps all the bad smells away.

5. Reduces heat in the kitchen

When the chimney is switched on, it draws air out of the kitchen with the help of suction power. Whenever you cook food, its effect increases the heat in the kitchen and it becomes more so during summer. But the chimney with its high power capacity also throws out the heat.

In Indian kitchens, we cook different types of dishes and use many spices in them, due to these spices many times there is a burning sensation in the mouth and sneezing. But you can get rid of sneezing and irritation from the chimney in the kitchen. The chimney removes all kinds of spices and smokes with strong suction power so that it does not spread throughout the kitchen and you can avoid it.

1) What is the alternative of chimney in kitchen?

If you do not like to choose a kitchen chimney and are looking for an alternative to the chimney, then you can look at the exhaust fan. An exhaust fan can also be a successful option in exhausting the air and heat in the kitchen.

Does the chimney reduce the heat in the kitchen?

Why is a chimney necessary for a kitchen?

Does the chimney reduce odors?

Many odors are generated while cooking in the kitchen, which makes it difficult to cook, but the kitchen chimney takes all these odors out of the kitchen and recycles the pure air.

After reading all this, you must have felt that why there is a need for a chimney in the kitchen and why the chimney is so important for the kitchen.

If you are thinking of buying a fireplace, then you can read our chimney buying guide so that you can easily choose the chimney of your choice. 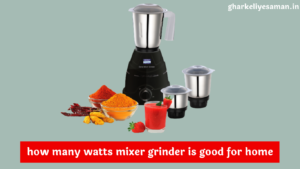 how many watts mixer grinder is good for home 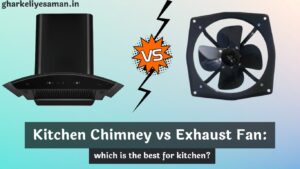 kitchen chimney vs exhaust fan: which one is better for the Indian kitchen 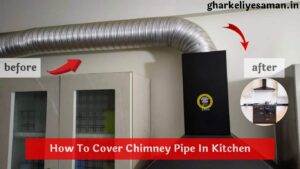